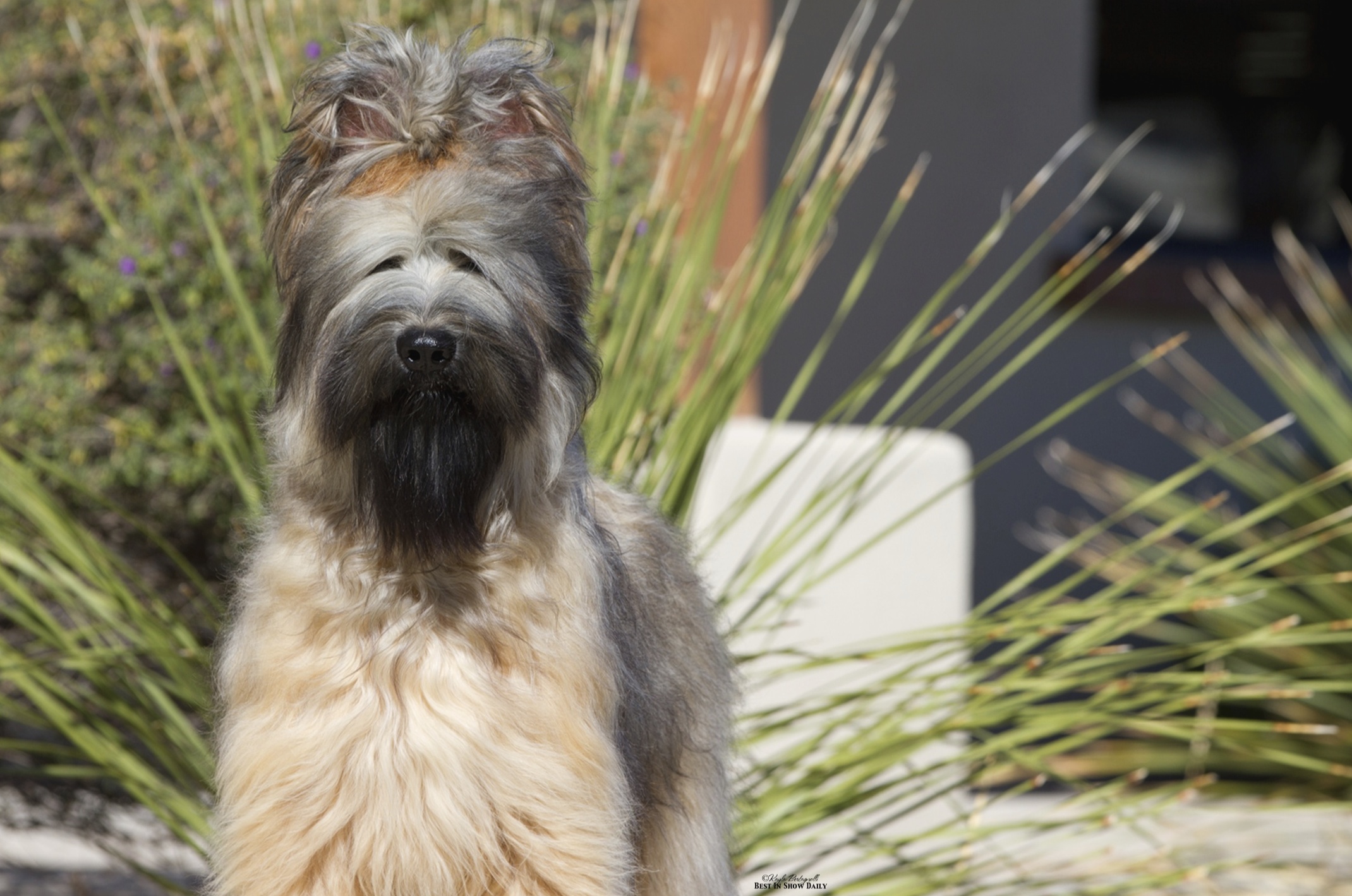 The Briard is an ancient French Herding Breed used as an invisible fence for Shepherd’s needing to contain their flocks. The Briard has proven to be accomplished as a herder and guardian of both flock and Shepherd. They have made their presence known in the show ring and their athleticism is evident in the Briard used for performance events. Briards  also excel as therapy and service dogs. Smart, loyal and courageous the Briard makes a wonderful family companion. When well socialized, trained and raised as members of your family Briards will bring years of love and devotion to your life.

The  Briard,  sometimes  called  the  Chein Berger de  Brie, is an Ancient       French herding dog.  Such  interesting  quotes as the following  the Briard of Old  “The  shepherd dog should be big as his Master, strong and robust, for     his duties are running and he is expected to watch for the wolves, pursue       them and take away their prey.

In  1970, Thomas  Jefferson’s  personal  papers  were found.  They made     mention  of  the  Briard  and  how he  highly prized them for their abilities with sheep.  The Marquis De Lafayette introduced Thomas Jefferson to the breed.

The Briard appears in art and literature throughout history.  J.F. Millet, a famous painter of the 19th Century, featured Briards in several of his works.  During World War I, Briards were used on the front lines as messengers, search and rescue dogs, sentries and draft animals.  In 1922 the first American bred litter was registered with the AKC.

In 1928, The Briard Club Of America was recognize by the American Kennel Club and in 1931 the first Briard Championship was awarded.  In 1945 the first Obedience Degree was awarded an American Briard.

Briards were selected to be working, herding and guarding dogs because of their intelligence and trainability.  Consequently there must be a commitment to careful nurturing from puppy hood on the part of the Master.

The Briard is not “self-socialized”.  Socialization must be accomplished by frequent exposure to sights, sounds and most importantly people during the initial year of life.  Many Briards go through a period of shyness.  This usually occurs between six and eighteen months of age.  Many people believe that this may be due to the veil over the eyes impairing their vision.  It is untrue that a coated dog can see through his hair and that removing the hair can hurt his eyes.

Briards  are  require  regular grooming,  both  bathing  and  brushing  to insure  healthy skin and a lustrous coat.  The standard  of  the  breed requires double dew claws on  each rear foot.  The dog should be strong and robust with a level top line.